Are We Entering A New Era of Increasing Interest Rates? 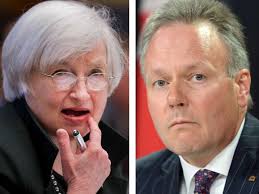 Yet more evidence that all the interest rate hike hype recently in the news is way overblown.

The real reason for the latest mortgage rate increase in Canada by the big banks are simply their way of profiting by gouging their clients.

Of course the excuse the banks use to do this are the recent tightening up of mortgage qualification rules by the Feds or rising bond yields, but that is of very little relevance and has little to do with any real economic reality.

Indeed, as per the article below, many expect the Bank of Canada to actually stay put on rates until 2018!

While south of the border, the US Federal Reserve appears to only be increasing rates for no good reason whatsoever (other than saving face from all their “rates are about to rise imminently” fear mongering over the past 6+ years).

If the US Fed is not careful, their BS rate increases may very well drive the still very fragile US economy into yet another recession!

But wait, you may have thought that the US is well on the way to an economic recovery based on what you have been hearing in the news. After all, unemployment going down while production is going up, right? Is this not why the US Fed has decided to increase rates?

Of course if the US sneezes do we not catch a cold in Canada by following suit as well?

The overly rosy picture of the US economy you may have been hearing about in the news as of late is starting to show some very concerning cracks.

In fact, just this week, news has come out that may suggest that the increase in productivity could actually be the result of overzealous manufacturers who themselves have been drinking the “improving economy and increasing inflation” Cool-Aid being propagated as of late.

How big of a glut? How about nearly 6 months of inventory! Yet, in the case of GM, the automaker has already booked these unsold vehicles on dealer lots as revenue.

I am no economist, but from my experience in my former life as a corporate CFO oversupply of both new and used inventories and planned layoffs are typically signs of potentially very troubling times ahead rather than the makings of an improving economy, let alone one that is firing on all cylinders.

Sure, the unemployment figures have been going down in the US and many government officials and economists have been quick to pronounce this as prime example of an improving economy.

Yet, when you look under the hood at the cold hard numbers, the reality is that job growth has been the result of low quality part-time and low wage jobs being added, while good paying full time jobs have gone nowhere and have actually been decreasing in numbers throughout 2016 in both Canada and the US.

Now consider this. Nearly 70% of the US Gross Domestic Product is reliant on consumer spending. Yet with more lower paying part time jobs and less higher paying full time jobs, how much spending cash do economists on both sided of the border think the average person will have moving forward?

Better still, what impact will this have on both the countries’ GDP and economies? Especially when you consider the current environment where “real” inflation on things like housing are actually going up annually way higher than the “official” posted inflation rate, which in Canada is currently at 1.2%.

In the Greater Toronto Area, where the average detached house now goes for about $1.3 million, you would need to make $120,000 per year to just pay for the mortgage and utilities, that is of course if you had 20% or $270,000 to put down to begin with.

This means you would not have any money left over to pay for property taxes, insurance and for those other pesky expenses like food, car payments, gas, public transit, child care, etc. You know those things you and your family actually need to live!

So that news of improving economy, rising rates, increasing inflation and better jobs number are yet again just more examples of politicians, corporate executives and fed officials looking after their own interests above and beyond those of their country or its citizens.

Fortunately, by taking control of your very own financial destiny instead of letting others like your boss, the company you work for, your governments and even the stock market dictate it can prove to be very liberating if not an necessity outright.

Taking what the media and headline news at face value can prove to be very costly indeed. 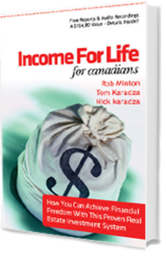